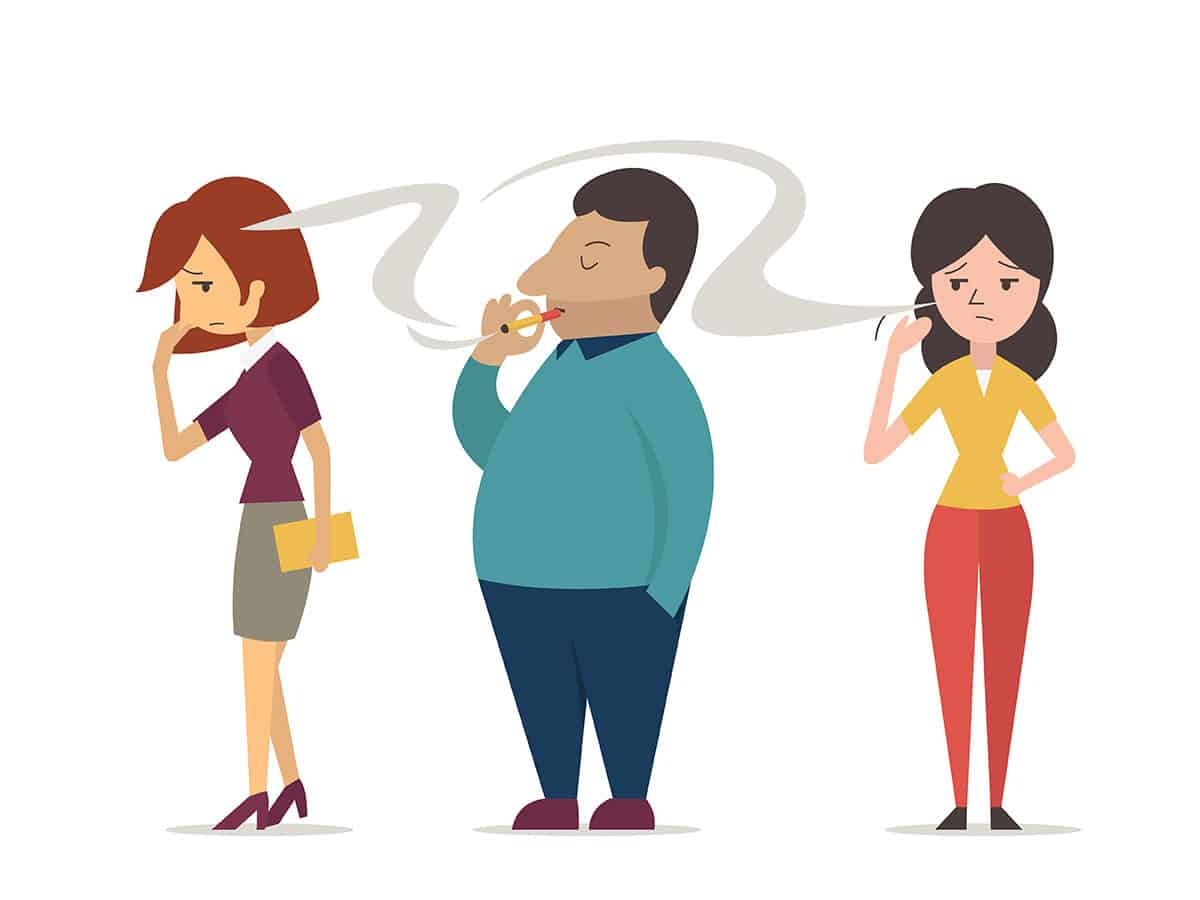 Spirometry may be insufficient to diagnose early pathology in persons exposed to prolonged second hand smoke (SHS). A recent study determined that lung volume measurements can identify a subgroup of individuals with prolonged SHS exposure and normal spirometry values that are at risk for chronic obstructive pulmonary disease (COPD).

A group of researchers based at the University of California, San Francisco (UCSF) conducted a study on 256 never-smoker US flight crewmembers with prolonged SHS exposure and normal spirometry values (FEV1 and FEV1 /FVC). They found that higher RV/TLC values were associated with more prevalent respiratory symptoms, and lower maximum exercise capacity, independent of the level of the airflow indices.

Air trapping, defined as abnormal increase in volume of air remaining in the lungs after spontaneous exhalation, and an indication of obstructive lung disease, is reflected by plethysmography-measured residual volume-to-total lung capacity ratio (RV/TLC). Air trapping is frequently not measured when spirometry results are normal.

In a subgroup of the subjects, the researchers found many with normal RV/TLC to have expiratory flow limitation (EFL) at rest, and many more to develop EFL with exercise. They also found that exercise capacity, although not associated with an increase in functional residual capacity (FRC), was associated with progressive EFL (an increase in %EFL that in turn was related to RV/TLC). This suggests that higher RV/TLC is a possible mechanism that limits exercise capacity in this group with normal spirometry. In addition, in a subgroup with imaging data, they found that radiographic estimation of air trapping was also associated with lower maximum exercise capacity.

Overall, their findings showed that in those at risk for obstruction due to SHS exposure but with normal spirometry, the amount of air retained in the lungs at the end of full expiration (RV/TLC), even if within the predicted normal range, has prognostic value in estimating functional capacity.

This data further supports the ATS Guidelines that spirometry should be supplemented by lung volume measurements and diffusion testing (DLco) for a complete work-up of all patients, and especially those with prolonged SHS exposure.

The article, “Lung volumes identify an at-risk group in persons with prolonged secondhand tobacco smoke exposure but without overt airflow obstruction” was published in the October 2018 issue of BMJ Open Respiratory Research.

Expand your practice today with the MiniBox+.
Contact Us